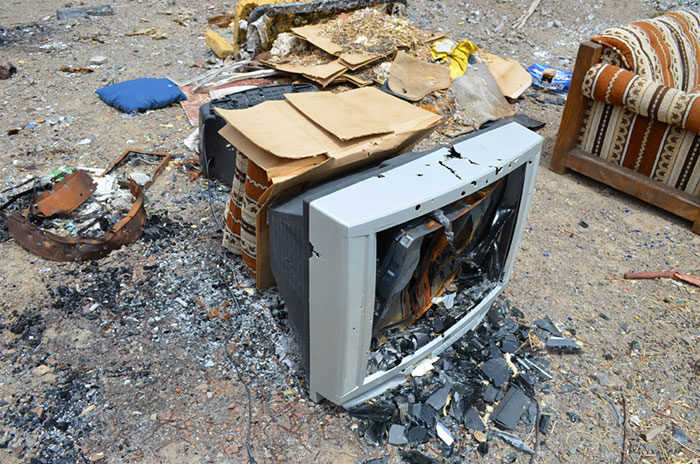 It's fire season and Idahoans are out on public lands riding ATVs, horses and mountain bikes, boating on lakes and rivers, camping and hiking.  Remember whatever you bring with you must be packed out and not left as trash.  Please be vigilant about your activities and surroundings when recreating on public land and national forests.  Sparks from vehicles and campfires, hazardous wastes, gasoline and other litter can cause wildfires and endanger wildlife and firefighters.

Judging from the amount of trash that is dumped annually on Idaho’s public lands, it’s tempting to think nobody cares.  But a lot of people do care—Idaho’s sagebrush lands are part of America’s unique western heritage and are home to over 250 species of animals and plants. Why not care?

Some dumping inflicts damage that won’t heal for decades—if ever.  Have you ever found a junk car rolled off a cliff or turned on its side?  It’s not pretty.  Decayed car batteries leave piles of lead on the ground.  Certain kinds of Styrofoam and plastic take decades to degrade in the environment.

Dumped and abandoned junk is a hazard for people.  Imagine walking through an area littered with broken glass, jagged rusty metal, and leaking chemicals.   Would you feel safe?  Would you feel your kids are safe?  How about your dog or your horse?

Scattered garbage and junk is not just an eyesore, it also contributes to the death and decline of wildlife.

“We have seen instances where elk, deer and waterfowl have become entangled in household refuse that belongs at one of the county transfer stations. Unfortunately, our wildlife is paying the price,”
said Kelton Hatch, Idaho Department of Fish and Game.

Maybe people dumping trash are thinking “someone else will pick it up,” or “it doesn’t matter because hardly anyone ever sees this place”  or “I don’t want to pay the fees at the transfer station.”  Those are poor excuses and avoiding a nominal fee at the transfer station could wind up in a $1,000 fine!  More and more people are visiting public lands today and the resulting economic benefit to Idaho is unmistakable.

The BLM has seen many examples in which trash dumpers burn the objects they dump—like pallets, furniture, or garbage.  Aside from the wildfire risk associated with this practice, it still leaves trash on the landscape.  Burning trash on public lands is no solution.

Trashing public lands is just plain wrong.  Would you trash your grandmother’s living room?  Your best friend’s dining room?  Of course not.  So don’t do that to everyone else’s treasured landscape!

People Do Care!
Read their comments, see a photographer's exhibit and a group album about dumping on public lands.

1760 cases of illegal trash dumping have been documented, investigated or ticketed on Idaho public lands since 2000.

In the last five years in south central Idaho alone, cleaning up illegally dumped trash sites on public lands has cost the American taxpayer several hundred thousand dollars.  Year after year volunteers gather to remove trash from the rim of the Snake River Canyon.  Dedicated volunteers have hauled out well over 100 tons of trash over the past few decades. 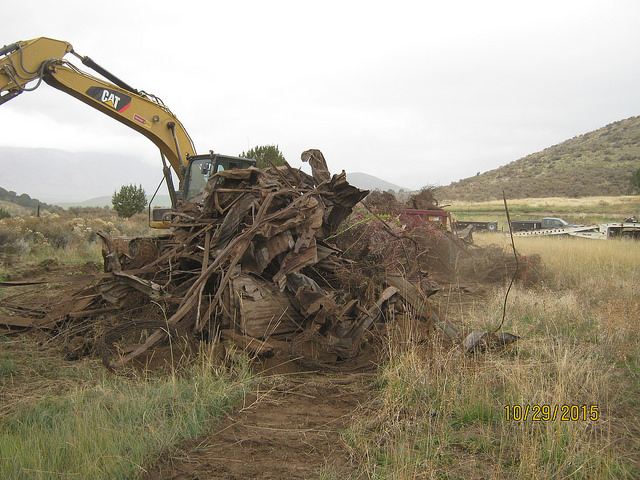 Scrap Metal from the Stockton Dump was recycled.

The cost of cleaning up trash only tells part of the story.  The amount of junk is staggering.